Quite a few factors have been combined in order to predict the reliability of the car you want to buy. This includes factors like road-test scores, owner satisfaction, and safety and crash-test results. So basically, if you are thinking of buying a car for yourself, purchase something else. This is not what I say, but according to consumer reports. Or there are a chances that you may face consequences and regret your purchase in due time. Here is the top 10 lemon list that you should avoid at any cost, since they have several manufacturing defects and should be avoided while purchasing:- 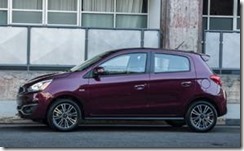 There is a very good reason that this model is one of the cheapest cars available in the market currently. It may be cheap, but it is certainly cheap for a definite reason. Although it has a 37-mpg overall, it has still being rated as one of the worst sub-compact low rated cars in the industry. According to ‘Consumer Reports’ this weak and vibrating cylinder engine will deliver slow and sluggish acceleration. The handling is clumsy as well. It has made the worst car list 2017 since the interior is cheap and insubstantial.

This car is probably in the extinction category right now. The i-MiEV has shown a very mediocre performance in comparison to cars such as Tesla model 5 or Nissan leaf. Both have substantially improved since their induction in the Aussie auto industry. The i-MiEV is slow to charge and only provides an EPA-rated 62 miles. In other words, if you are considering an electric car, then you must consider another option if you have one available in sight. This car is one of the worst in the list of lemon 2017. The reason being they have average reliability and is not impressing any one or any buyer. Its road test score was very disappointing due to a stiff ride. We had flat seats and a very odd driving position which is makes it one of the most undesiresable cars of the year. A very high percentage of owners wish they never bought the car in the first place. these are some solid ground breaking reports according to ‘Consumer Reports’ extensive owner satisfaction survey. This car tops the chart as one of the worst lemons of 2017. The dealers will eventually stop selling it sooner or later. According to ‘Consumer survey reports’, the Chrysler 200 drives like a car from the previous era, including a clumsy handling, and an unsettled ride. Then there is the four-cylinder engine that is underwhelming and the transmission is not cooperative. They have also received the lowest road-test score and even lower predictability rating. This is may come as a surprise, but, Japanese Tacoma has been named as one of the greatest embarrassments of 2017. It has an awkward driving position, loud cabin, and a bad handling. It also gives you a stiff ride that is very uncomfortable. According to various ‘Consumer Reports’, this car has below average reliability, poor performance in frontal crash test; they are easily one of the worst midsized SUVs in the year 2017. The interiors are not agile as the v6 engine delivers the worst fuel economy in its class. The engine is unresponsive, as the power comes abruptly. It also has a punishing stiff ride with a very loud cabin. Although advertised cheaply, the total is quite high. Fuel economy is a dismal one at just 19-mpg overall with a very stiff ride. There is cramped space for passengers at the back that can be very tiring for them. Average reliability is much worse. It is also struggling against mass market small SUVs. The engine is not smooth or responsive. The handling is not up to the mark. The interiors are rather very plain, but should be luxurious and live up to its name. But it does not This SUV is not the best in the market and thus exists in the lemon list of 2017. This is one of the lowest rated luxuries SUV in the 2017 list. Some of the discomforting features includes a stiff ride, poor handling, braking performance, that makes it the worse in the class. The third and second row seats are cramped and low, as reliability is worse.

Get Cash For Cars, Same Day Payment, Free Quotes We Come To You For Valuation.